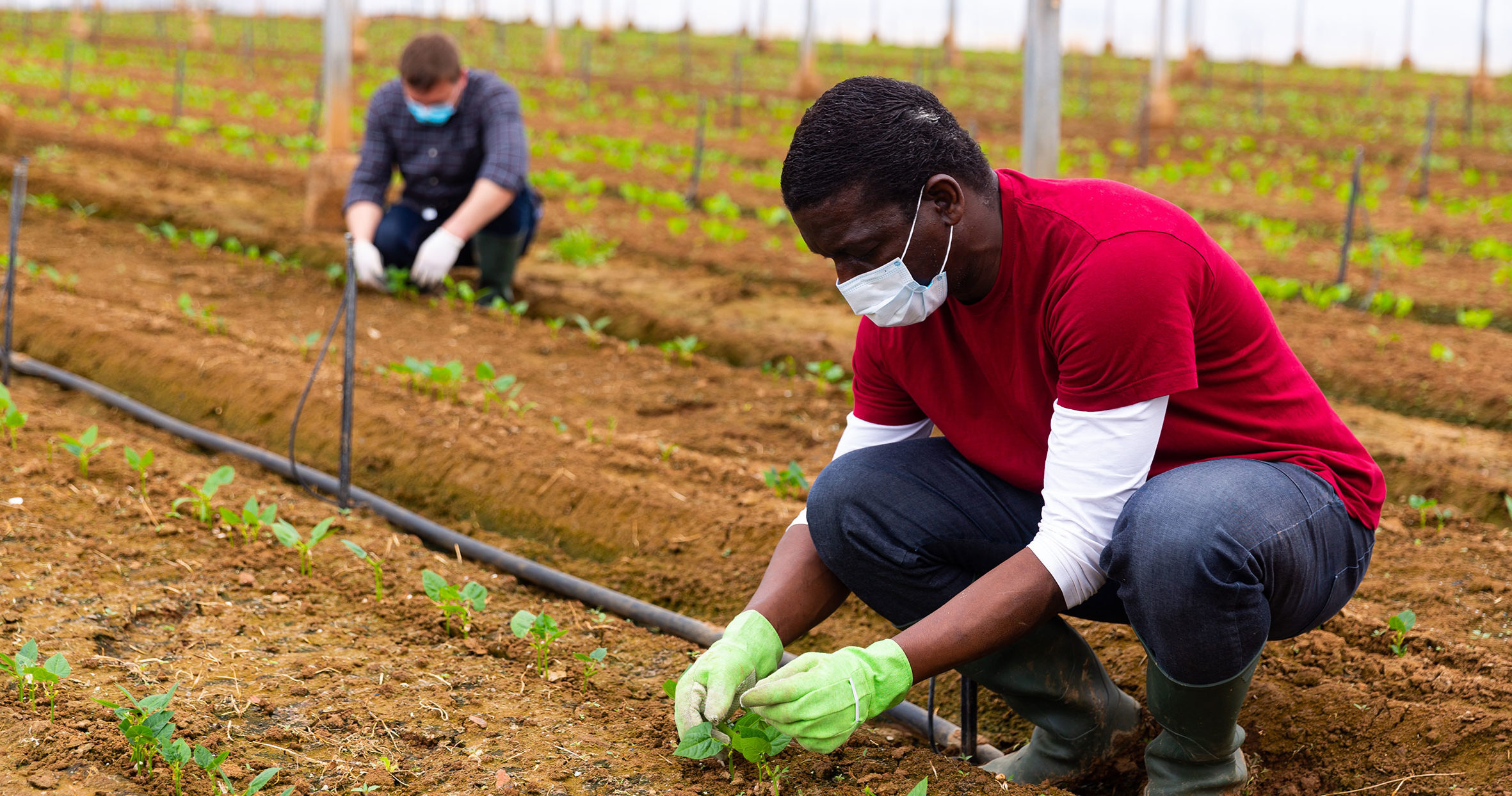 Unlocking the skills potential of the UK’s prison population could put £500million a year back into the economy in lowering reoffending rates alone[1], a much-needed boost as we seek to rebuild the economy following Covid, new analysis from the City & Guilds Foundation suggests.

The findings come as City & Guilds, the leading skills development provider, launches an ambitious new Future Skills Commission for Prisons to use jobs and training to help divert prisoners from committing crimes upon release. Currently, around three in 10 of the 75,000 released from sentences every year go on to offend again at an estimated social and economic cost of £18.1bn[2].

Data shows that getting into work soon after release cuts re-offending by a third[3]. And City and Guilds research shows that prisoners who receive formal skills training in prison improve employment prospects on release from 50% to 89%.[4] With 75,000 prisoners released each year, improving skills is key to both keeping ex-offenders out of prison and also enabling them to make a valuable contribution to the community.

Our Future Skills Commission for Prisons draws on the expertise of our commissioners Dame Sally Coates, Ian Bickers, Junior Smart and James Timpson, all of whom have substantial experience in the prison sector. We’re pleased to have their support and guidance as we announce our new skills fund to unlock £500million per year employment potential of the UK prison population. Click the link in our bio to learn more! #EconomicRecovery #ReducingReoffending

Yet as the economy navigates the post-lockdown recession, rising unemployment and a dramatically changing workplace, the barriers to employment are increasing for ex-offenders. To find interventions to these challenges, the Future Skills Commission for Prisons has launched a Big Idea Fund, looking for new ways of delivering skills in prisons – focusing on what offenders and ex-offenders are capable of achieving, providing ongoing training and support, and matching their skills to the jobs market they will enter on release. Work is already underway in awarding grants so that innovative programmes can begin as soon as practical, with access to prisons cautiously opening up across the estates post the pandemic lockdown.

Ian Bickers, Deputy Director, Education, Employment and Industries Group, who is leading the prison response to Education & Work during COVID 19 and a member of the Future Skills Commission for Prisons said:

“I know how hard prisons have worked to prevent the spread of coronavirus and maintain the welfare of offenders in custody. However, I am concerned that the conditions into which offenders will be released from prison are probably the most challenging we have ever seen, particularly with regards to their employment prospects. Coronavirus has inevitably limited the opportunities for skills training on the prison estate, as it has outside, and so obtaining employment after release is likely to be more difficult than usual. It is therefore critical that we find opportunities for prisoners to develop skills that will have genuine value to employers in the new economic climate – or we risk exacerbating the cycle of reoffending for this generation of prison-leavers.”

James Timpson, Chief Executive of the Timpson Group of retailers, one of the largest employers of ex-offenders in the UK and a member of the Future Skills Commission for Prisons, said:

“As we look to rebuild our economy in the coming months it is hugely important that we recognise the potential ex-offenders have to play in this. I know from my own business what a contribution they can make to any organisation’s success and how much better it is that people released from prison have the opportunities they need to make a fresh start. We must ensure that ex-offenders have the skills and training they need to have the chance to find work and avoid re-offending. The pandemic is already leading to huge changes in the jobs market and unless we do everything we can to prepare prisoners we are setting them up to fail, with the inevitable cost to the taxpayer.”

Studies show that prisoners have skills and experiences that can be better utilised:

Using prison sentences to provide relevant training can also reduce re-offending and costs to the taxpayer, as research shows that:

The Future Skills Commission for Prisons is seeking to find new ways to tap into this potential and join up the gaps in the system that are preventing it from being realised. Earlier this year it invited charities, prison governors and other potential providers to come forward with plans that can be supported this year and rolled out more widely if successful.

“The role of City & Guilds in helping people build skills and find practical routes into employment, no matter what their circumstances, rings truer than ever. People leaving prisons at this moment in time are exceptionally vulnerable, and it is therefore paramount that the Future Skills Commission for Prisons delivers against its objective of reducing reoffending for good – both limiting the burden of offending on society and developing the people we need, for the world we wake up in tomorrow.”

The Fund is the first major initiative of the City & Guilds Foundation’s new Future Skills Commission for Prisons, which is seeking to transform how meaningful workplace training and not just basic skills courses can be given to offenders inside prisons, and how ex-offenders are not forgotten about afterwards but given continued support into employment.

The first award of £285,000 has been made to Groundwork, to support a land-based employment project geared towards Green Industries so we can ‘Build Back Better’ in the aftermath of lockdown. It will provide a bespoke package of carbon literacy, construction and land management skills and employability working with a range of employers to provide work placements and pathways into employment. The programme has been designed and work will begin in two pilot prisons in the new year, as access to prison estates resumes following the extended coronavirus lockdown.

There is great potential in delivering this project at scale. A similar recent Groundwork project – Groundwork Fencing and Landscaping – delivers commercially secured contracts of fencing, landscaping and maintenance. It uses those contracts to provide six-month waged jobs for ex-offenders to help break the cycle of re-offending. This has employed more than 200 people recently released from custody or completing community orders – including PPO’s and MAPPA cases – with 42% sustaining employment for more than 6 months and 85% completing an accredited qualification.

“If we are to successfully rehabilitate prisoners into the community, it is critical that we get education in prison right. Without opportunities to develop meaningful skills, individuals will lack the resources to move away from a life of crime and add value to society. There are some great initiatives around, that seek to deliver high quality and impactful education that starts from entry into prison and continues right through to sustained employment; but this needs to become the norm, rather than the exception. Finding these pockets of excellence, proving their worth, and helping them scale up is at the forefront of the mission of this Commission.”

References:
[1] A City and Guilds skills qualification in prison is valued at £34,000 per year saving to taxpayer by the New Economic Unit database in re-offending and social costs. Assuming 75,000 prisoners are released each year if one fifth (15,000) do not re-offend, the value to the economy is £504m each year. Source: MOJ JDL, 2019 and New Economy Unit.
[2] MOJ Economic and Social Cost of Re-offending 2019.
[3] MOJ JDL 2019.
[4] City and Guilds Group Bursary Programme.
[5] Source: Creese, B. (2016). An assessment of the English and maths skills levels of prisoners in England. London Review of Education, 14(3), 13-30.
[6] Source: MoJ (2014). Experimental statistics from the 2013 MoJ /DWP /HMRC data share.
[7] MoJ & DfE (2017). Exploring the outcomes of prisoner learners: analysis of linked offender records from the Police National Computer and Individualised Learner Records: Joint experimental statistical report from the Ministry of Justice and Department for Education.
[8] Source: New Economy Unit 2018, MOJ 2019.

Our network is growing: welcome to our new Fellows

We are thrilled to be able to celebrate the contributions of those who passionately advocate for technical, vocational and lifelong education. Fellowship of the City & Guilds of London Institute is a prestigious honour, recognising individuals who have...
Read More

From prison to lockdown: how to make peer-mentoring work in the crisis

The best ideas are born out of necessity, and for St Giles that was finding a way to deliver the Peer Advisor programme during Covid-19. The programme trains people with lived experience of social exclusion, including many prisoners and prison-leavers, to become Level...
Read More

An update on our bursary programme – providing access to the skills most needed, for those who need it most

Our bursary programme was designed to change people’s lives by allowing them to develop their skills. We know that, for some, the cost of training can be a huge barrier to getting the skills to find jobs and progress in their careers. Recent research indicates that...
Read More

Bringing employability into the classroom

Our youth engagement work aims to take a practical approach in informing and helping young people, especially those at risk of becoming NEET, to make more informed choices about their future. One of the biggest barriers young people face when entering the world of...
Read More

Local unemployed people are to be given free training leading to a job on the railway network on successful completion of the programme, as the region ramps up its Covid-19 recovery plans. The West Midlands Combined Authority has partnered with the City & Guilds...
Read More

You can’t be what you can’t see: helping all girls find role models to succeed

Conversations with professionals and experience in workplaces is the single most effective intervention at changing stereotypical expectations about future careers. Helping young people understand the job opportunities available to them is something we’re passionate...
Read More

Prince Philip Medal… and the medallist is Craig Thomson This award inaugurated by HRH The Duke of Edinburgh back in 1962 recognises an individual who has followed the City & Guilds path and has achieved significant success in their field or profession. This year...
Read More

There’s no doubt that coronavirus has hit the workforce hard; around 4 million people across the UK expected to be unemployed by the end of the year.  And our Recovery and Resilience research found that people in lower socio-economic groups are most at risk....
Read More

‘Michael!  We haven’t had our letter, were we successful?’  Deep intake of breath… this is the call you don’t want to take. ‘We didn’t did we? And I know why - too soon and not enough evidence!’    And from that very...
Read More