Our Mission: To identify and activate practical ways for offenders to build skills and get a job upon release.

A priority theme for The City & Guilds Foundation over the past five years has been supporting the rehabilitation of offenders and former offenders.

There is a recognised and agreed need to reduce reoffending and evidence shows that upskilling prisoners, together with stable accommodation and support is the most effective way to counter recidivism.

The Foundation is amplifying its work in its area through the launch of The Future Skills Commission for Prisons.

The Commission has been established as a new vehicle for the City & Guilds Foundation to support inspirational organisations who are delivering innovative programmes that support offenders to build the skills and move into employment.

Drawing on the expertise of our Commissioners each of whom has substantial experience in the prison sector, The Commission aims to identify and activate practical solutions that will have a measurable impact on reducing reoffending, through working in partnership with charities that deliver practical solutions.

“This is not just a social agenda: it’s hard economics. Industries are facing a burgeoning skills crisis, and there is a huge amount of untapped potential in our prison population. If we get better at developing this potential and matching it with the skills needed for the future, the rewards can be enormous. And we are committed to finding innovative ways to do this.” 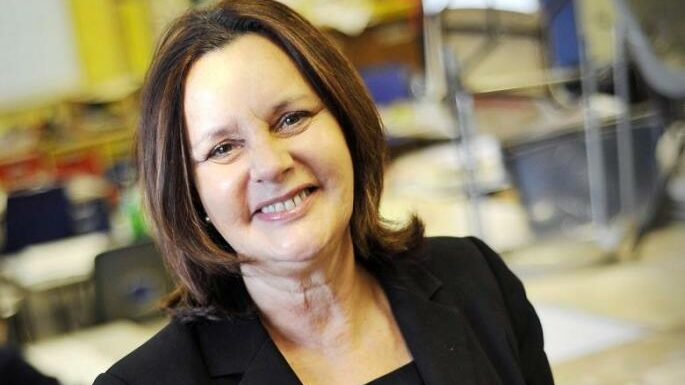 Sally Coates was Principal of Burlington Danes Academy, an 11-18 Ark Academy in Hammersmith & Fulham from 2008 – 2014. 67 of the students receive the pupil premium grant and it mostly serves the very deprived White City Estate.

Under Sally’s headship, the school results almost doubled, with a massive 79 of pupils achieving the benchmark 5A*-C including English and Maths and 46. Burlington Danes was graded ‘outstanding’ by Ofsted in November 2013.

Sally chaired The Review of the Teaching Standards and most recently chaired the Skills Test Review. In September 2014 Sally joined United Learning as Director of Academies South. Sally was made a Dame Commander of the British Empire (DBE) in the 2013 New Year’s Honours List. 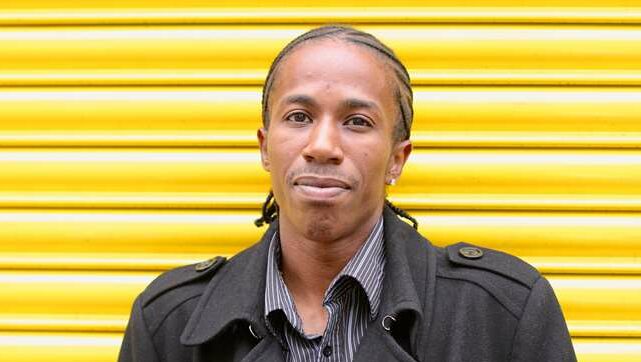 Having served a 12 year sentence Junior Smart founded the SOS Gangs Project, which is run by the St Giles Trust and helps transform the lives of 400 troubled young people and ex-offenders a year, including some of the most prolific gang members in the capital.

Founded in 2006 in Southwark, the project is peer-led by 23 full-time staff and 13 volunteers, almost all ex-offender gang members like Junior.

James Timpson is Chief Executive of Timpson, the UK’s leading retail service provider and a family retail business, established in 1865 and based in Manchester. The business trades from 1,725 shops across country.

Shops comprise 920 Timpson outlets and a mix of Max Spielmann and Snappy Snaps photo shops (also including the Johnsons the Cleaners and Jeeves of Belgravia businesses). Away from Timpson, James is Chair of the Prison Reform Trust and was, until 2016, Chair of the Employers Forum for Reducing Re-offending (EFFRR), a group of likeminded employers who offer a second chance to people with a criminal conviction.

His passion and enthusiasm for business, people, his team and the wider community was recognised in the 2011 Queen’s Birthday Honours List, where he was awarded an OBE for ‘Services to Training and Employment for Disadvantaged People’.

James was appointed the HRH Prince of Wales Ambassador for responsible business in the North West in 2015. In the same year, he received the Albert Medal from the Royal Society of Arts. He appeared in the Sunday Times 500 Most Influential list in 2016, acknowledging his recruitment of ex-offenders. 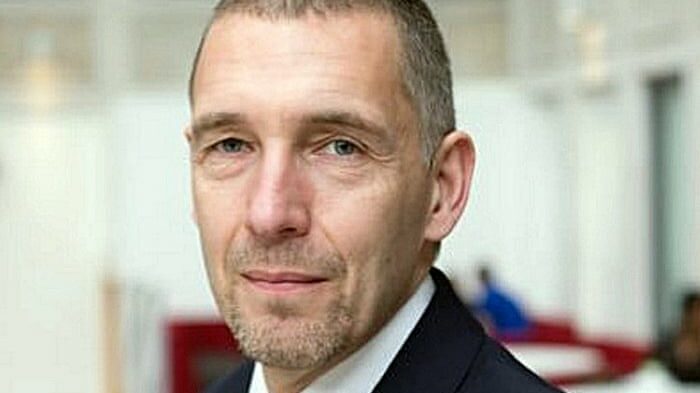 Ian was the Governor at HMP Wandsworth – England’s largest public sector prison – and has over 16 years’ experience working across the prison estate. After leaving school at 16 with no qualifications, Ian worked in financial services before completing an Open University degree in Psychology.​

He went on to complete a Masters in Criminology at Cambridge University graduating in 2016.

He joined the Prison Service in 2004 and worked at HMP Bullingdon. Ian first worked at HMP Wandsworth as Deputy Governor in 2010 and described his first year as “the toughest I’ve ever had, in any job”.

He returned to Wandsworth as Prison Governor in 2015, and was chosen by the Chief Executive of the National Offender Management Service to become one of four Executive Governors who would pilot governor autonomy under the prison reform programme. 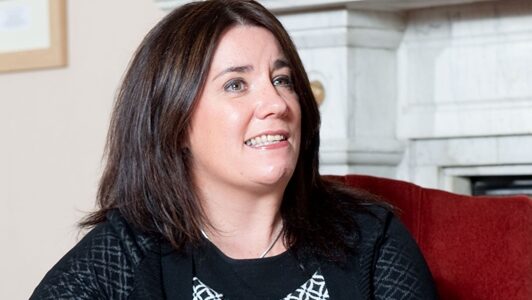 Retail Operations and People Director, Greggs PLC and Chair of the Employers’ Forum of Reducing Reoffending

Roisin has had 28 years in the Retail Industry, starting her career at Asda on their graduate scheme where she ultimately became the Retail People Director for ASDA WAL-MART.

She has spent the last 10 years are Greggs PLC and is currently their Retail Operations and People Director. During her time at Greggs she has overseen the launch of the Fresh Start programme which offers employment opportunities to ex-offenders.

Roisin is also the chair of The Employers’ Forum for Reducing Re-offending (EFFRR) is a HMPPS-led initiative whose members are a collective of local and national employers that provide training and employment opportunities for offenders, including Cisco, Timpsons and Marks & Spencer. 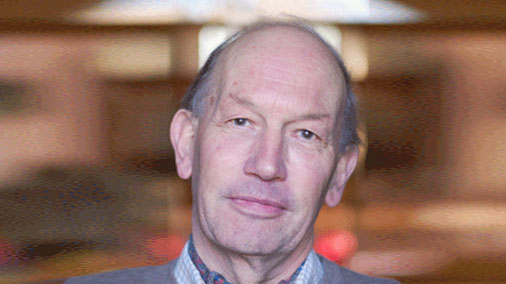 Simon was one of the Charity Commission’s two legally-qualified board members from 2006 to 2012. Simon was a legal consultant specialising in charities with Charles Russell LLP and was formerly a partner there.

He has 37 years experience as a solicitor, 17 specialising in charity work. 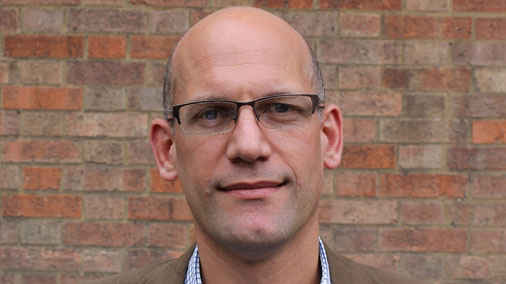 Mark joined UnLtd as CEO in May 2016. Prior to that he spent over 20 years’ in the charity and social entrepreneurship sectors, most recently as Chief Executive of CW+, the charity for Chelsea and Westminster Hospital.

Prior to this Mark was a Partner at Leader’s Quest, developing a global community of purpose-driven leaders across private, public and social sectors and also a Trustee of the foundation of impact investor Bridges Ventures.

Mark has an EMBA with distinction from INSEAD and studied Psychology and Philosophy at Oxford University. 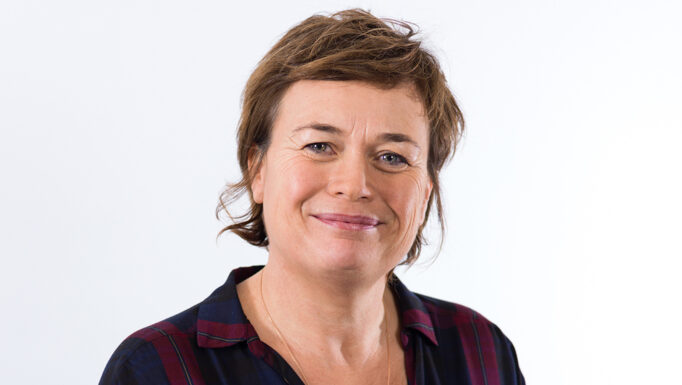 The City & Guilds Group exists to help people, organisations and economies develop their skills for growth, and sets the standards for corporate learning, on-the-job development and skills recognition.

Kirstie plays a prominent role in driving the national and international skills agenda – something she has personal experience of as he followed the vocational education path himself. He is a member of the Business in the Community Employment and Skills Leadership team and Chairman at the Activate Learning Group. Before joining the City & Guilds Group, Chris held several senior management positions in Pearson and Reed Elsevier.

Support for a green start

This guest post is by Andrew Harrison, Head of Contracts at Groundwork UK. As has often been said of late, we’re facing unprecedented challenges as a nation. Those challenges are many and significant – global economic trends, a changing climate and now an unforgiving...
Read More

Junior Smart: Meaningful work will keep ex-offenders like me out of prison

The Foundation’s Big Idea Fund wants to experiment, to find out what really works so that it can be scaled up and used elsewhere. It is going out to brilliant charities and innovative prison projects that want to partner up and find practical solutions to one of our...
Read More

The Clink Charity has launched a takeaway / delivery service at HMP Brixton called Clink@Home. This has enabled The Clink to keep the restaurant open during lockdown, keeping prisoners employed and allowing them to continue studying towards their qualifications. Great...
Read More

The City & Guilds Foundation is inviting bids to a new £1m fund to help provide skills training and employment for prisoners and ex-offenders. The Big Idea Fund is now inviting expressions of interest from charities, prison governors and other potential providers,...
Read More

The Future Skills Commission for Prisons ‘Big Idea Fund’ is designed to act as a catalyst to find and activate great ideas that can make a genuine and substantial difference to society.

Focus of the Big Idea Fund

In December 2019 The City & Guilds Foundation launched The Future Skills Commission for Prisons with the announcement of a £1.0 million Big Idea Fund to inspire UK charities, prison Governors and social innovators to develop transformative approaches support former offenders to develop the skills they need to find employment.

The Commissioners will use The Big Idea Fund and an aligned programme of work, to support projects which can evidence that they:

What we were looking for

The Commission sought ideas that focus on skills that get people into a job which are: